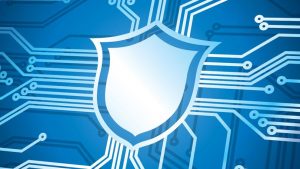 Anti-virus is somewhat of an essential type of security to have on every computer. Even if you’re confident of your ability to avoid viruses, it never hurts to have. Windows 8 and Windows 10 have a free program called Windows Defender preinstalled as part of the operating system. In almost every case, Windows Defender is enough to secure your computer against viruses, and it needs very little attention to be effective.

However, versions of Windows older than 8 don’t have Defender installed by default. As such, it is common to use other programs from third party developers. McAfee, AVG, and Avast are common choices for anti-virus, but unlike Windows Defender, they don’t run quietly in the background all the time, and aren’t free services.

Protect from More Than Viruses

Along with viruses, malware is a type of software that aims to steal information from your computer such as credit card and contact information, and passwords. While malware usually can’t destabilize your computer, it can make other aspects of your life difficult.

Since malware is different from viruses, you need a different type of software to protect against it. For this Grundig IT recommends Malwarebytes. The free version doesn’t scan your computer automatically, and you have to initialize manually. The paid version costs around $40 and runs on a schedule. If you’re goal is to not have to pay for your security software, make sure to run a malware scan regularly, multiple times per week.