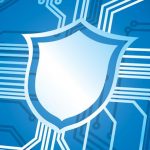 Anti-virus is somewhat of an essential type of security to have on every computer. Even if you’re confident of your ability to avoid viruses, it never hurts to have. Windows 8 and Windows 10 have a free program called Windows Defender preinstalled as part of the operating system. In almost every case, Windows Defender is enough to secure your computer against viruses, and it needs very little attention to be effective. Older Edition Windows Security However, versions of Windows older than 8 … END_OF_DOCUMENT_TOKEN_TO_BE_REPLACED 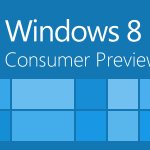 Windows 8 Windows 8 is expected to be released in the 2nd half of 2012.   Windows 8 will be very similar in many ways to Windows 7, but will incorporate many new features such as the new Metro User Interface, Windows App Store and improved security features.   New 'Metro-style' user interface with metro style apps Windows 8 certainly has got a mind blowing interactive user interface(UI), which has been extensively redesigned. The Metro-style design, which shows … END_OF_DOCUMENT_TOKEN_TO_BE_REPLACED