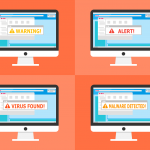 The focus of recent Grundig IT newsletters has been on emerging cloud and mobile technologies that businesses can harness to enable their employees and grow their companies. This time, we will be taking a look at some security tools which businesses and individuals can use. Security is becoming a bigger concern with each passing year, as evidenced by the recent Target Corp. security breach and other incidents which have been in the news. FIREWALL:The first line of defense in … END_OF_DOCUMENT_TOKEN_TO_BE_REPLACED 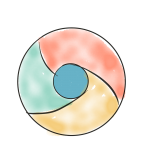 Within the last several days, Google has released a beta version of their new browser, Chrome, which can be downloaded and installed by anyone running Microsoft Windows. Versions for Macintosh and Linux are still in the works but will be available soon. I'm using Chrome now to edit this post and will continue to switch between Chrome and Firefox as my most-used browsers. I would encourage everyone to download and try Chrome for yourself. It appears that there are several features and security … END_OF_DOCUMENT_TOKEN_TO_BE_REPLACED