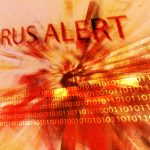 There has  been a lot of attention paid to the potentially damaging capabilities of the Conficker worm, which has been circulating on the Internet for several months now, but which was set to markedly increase this month with new attacks.   Whether on not you have been affected, the attention to this virus / worm does raise some good points regarding protection of your PCs in general. 1. Install a good antivirus program which automatically updates itself with the latest … END_OF_DOCUMENT_TOKEN_TO_BE_REPLACED