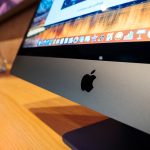 Last month, we reviewed Windows 7 and Server 2008 / 2008 R2 End-of-Life. This time: Mac vs. PC Find more on Blog at GrundigIT.com As Always, Happy Computing! -- Tom Grundig Mac vs PC In the tech world, Mac vs. PC has been a topic of debate for many years. Fans from both sides have been arguing tirelessly, claiming their system is better than the other. While both Window-based systems and Mac OSX can do pretty much the same thing, each system offers a few advantages over the other. Today, … END_OF_DOCUMENT_TOKEN_TO_BE_REPLACED 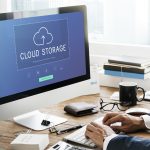 Running a business, you may have information that you want to both protect and make easily accessible. Cloud storage options can be the ideal solution for keeping valuable data safe, while allowing it to be accessed across your business. There are many options and it can be hard to know which will be the best for you. Here we learn more about the different types of cloud storage as well as the pros and cons of each approach. Personal or Mobile Cloud Storage Personal cloud storage typically … END_OF_DOCUMENT_TOKEN_TO_BE_REPLACED 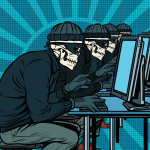 I know I need to protect my website so it can keep serving you safely well into the future, so I take precautions. Protecting your business or personal website is an essential question for every website owner. News reports constantly reveal the risks posed by leaving a website unprotected and vulnerable to malicious attacks and hackers. You may be asking yourself "What protections are necessary to protect my website? Are the strict precautions taken by larger businesses necessary for smaller … END_OF_DOCUMENT_TOKEN_TO_BE_REPLACED 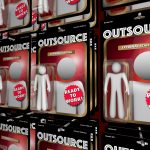 Outsourcing certain business services to a computer consultant is the ideal way for a company to streamline processes, save money, and increase efficiency. One of the most popular services to outsource is information technology or IT services. Many businesses require the expert help of an IT professional from time to time, yet having a full-time IT professional on staff can be economically unsustainable. Outsourcing IT services provides a tailor-made IT solution for your business and the support … END_OF_DOCUMENT_TOKEN_TO_BE_REPLACED 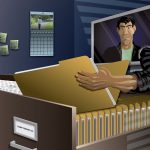 A month ago we took deep dive into server backups. This month, we will be discussing internet privacy changes and how new or revised laws could affect you. As usual, feel free to suggest topics which you would like to see covered in an upcoming newsletter or on the Grundig IT news page, which can be found on the Blog at GrundigIT.com As Always, Happy Computing! -- Tom Grundig Internet Privacy Changes Do you remember that 80's hit song by the group Rockwell, "Somebody's … END_OF_DOCUMENT_TOKEN_TO_BE_REPLACED 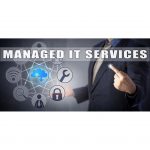 Most small to medium sized businesses don’t have the capacity or budget for a dedicated IT department. But that doesn’t mean that local businesses need to miss out on state of the art IT infrastructure and services. Managed services are the ideal answer for businesses that need high performance IT solutions without the overheads and ongoing cost. There are many ways managed services can not only support, but transform and better your business. Completely Control Your IT Costs Outsourcing … END_OF_DOCUMENT_TOKEN_TO_BE_REPLACED 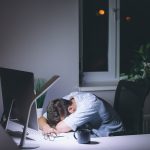 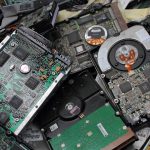 Even the best technology on the shelf today has an expiration date. Sooner or later, those once great PCs your company invested in end up outmoded, broken down, and in need of replacement. But getting rid of technology carries its own risks, so make sure that you protect your data (and the environment!) by following these steps: 1. Understand the Risks Your computer holds more of your personal or corporate information than you may think. This information may be in the form of easily accessible … END_OF_DOCUMENT_TOKEN_TO_BE_REPLACED 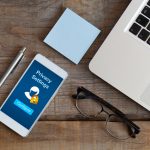 Once upon a time it was common for industry figures to carry two phones. One that was loaned to them from their company (which paid for both the device and the service plan), and which they tolerated, and one that they purchased themselves, paid for themselves, and liked better. But, as you can guess, carrying two phones at the same time was frustrating, wasteful, and counterproductive. It was time for a better solution. Now, only a few years later, BYOD policies have appeared in many if not … END_OF_DOCUMENT_TOKEN_TO_BE_REPLACED 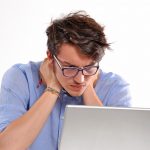 1. Auto Update Software Hardware failures happen, but they’re pretty uncommon when compared with software glitches and security flaws. Fortunately, many of these can be resolved before they cause issues if your IT service provider makes sure that all software is routinely kept up to date with downloaded updates and patches. Installation should be automatic and all antivirus updates should be given priority. 2. Have a Hardware Maintenance Schedule Once your hardware is in good order, it’s time … END_OF_DOCUMENT_TOKEN_TO_BE_REPLACED